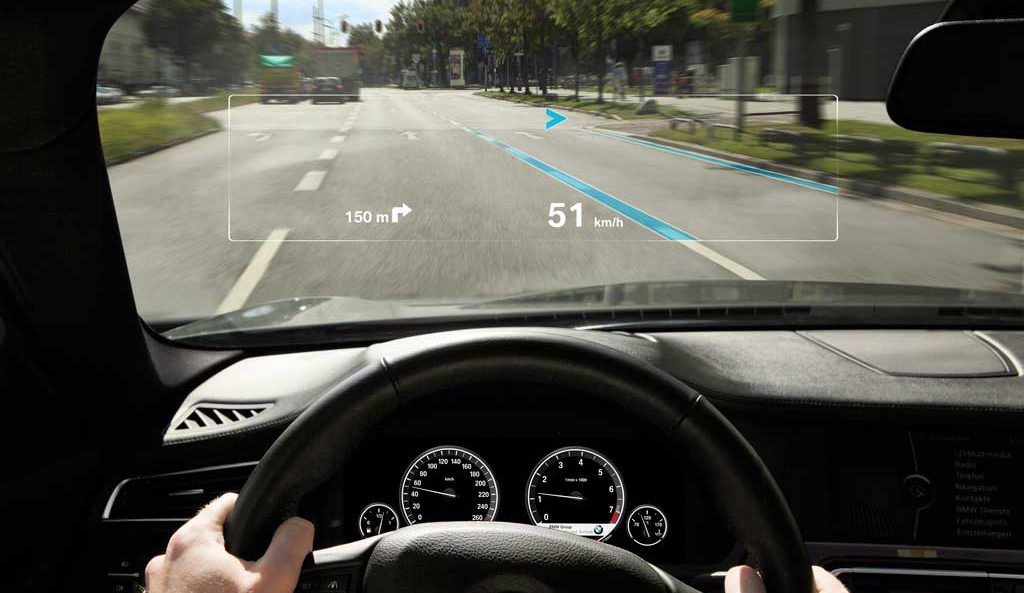 10 JulWindshields for The Future: Augmented Reality

It all started in 1988 with GM’s Oldsmobile Cutlass Supreme that displayed the car’s speed onto the windshield. GM wanted to bring a futuristic feel, but instead laid the foundation for a significant technological advancement: augmented reality (AR).

Fast forward to 2015 to find the interest in this technology gaining speed again. A windshield can finally display more than speed and gas levels: now it has the potential to interact with advanced sensors within a vehicle. These include lane-change warnings, blind-spot detectors, and temperature levels. Displaying information on the windshield has become a feasible solution to an information clutter problem.

However, only 2.3 million cars that were sold had utilized the feature.

And now, in 2017, we may start to accept AR screens as part of our everyday life. CNET reports that during this year’s CES, three automotive companies came forward with their plans to incorporate AR technology into windshields. (Source: https://www.cnet.com/roadshow/news/augmented-reality-in-the-car-steps-towards-production-at-ces-2017-harman-continental-visteon/)

Their advancements will go beyond the usual speed and GPS displays. Sensors will actually be able to interact with the environment by highlighting things such as pedestrians and cars that are breaking ahead.

For example, Continental has a windshield concept that displays a color-coded method to keeping the driver safe. Since red is the first color the human eye recognizes, any spotted pedestrians are highlighted with red to keep the driver alert. Directions are highlighted in a bright blue to contrast the street, and distance is displayed in green. The device is a simple (a projector attached to a dashboard) but has the capability to save lives. (Source: https://www.cnet.com/roadshow/news/augmented-reality-in-the-car-steps-towards-production-at-ces-2017-harman-continental-visteon/)

Safe driving is the motivation factor here, after all.

We found it interesting that “According to the NHTSA, over 3,331 people were killed and over 387,000 injured in motor vehicle accidents connected to distracted driving. That represents 10 percent of all fatal crashes and 17 percent of all accidents that caused injuries.” (Source: http://www.enddd.org/the-facts-about-distracted-driving/)

Any time a driver looks away from the road to check speed, the GPS, or even their phone, they are at risk of causing an accident because of distracted driving. AR windshields aim to keep the driver’s attention on their surroundings by providing all the information they need.

And at that point, GM’s futuristic vision may finally by realized.